Call US Now
There are many Martial Arts Training styles around the world. Kung-fu or Gung-fu / Gongfu is one of the most respected ones. Any skills acquired by hard work is a practice of Kung-fu. Kung-fu classes take a lot of time and effort from ones end. Moreover, this makes it a lot broader than mere a fighting style. Kung-Fu Classes in Kolkata are easy to find these days. Most of the students get inspired by IP Man Movies and tend to feel that skill is easy to achieve. But in reality, it’s impossible. In my Case, It took me almost a year for me to perfect my basic punches, kicks. All I can say, it takes a lot of blood, sweat & tears to go through the process of learning Kung-fu. Mark my words, If you work hard today one day it will pay off. Kung-Fu Classes in Kolkata is a necessity today. Today in any newspaper child rape has become a common story. The pain and agony that child and their parents have through make me hang my head in share. There is no point for any candlelight marching. We have to teach our children to save themselves rather than doing nothing. It is also our responsibility to educate every Childs to protect themselves. It’s better to teach every child to be strong because we are moving towards an era filled with predators.

Importance of Kung-fu Training In Kolkata

There are two major benefits of kung-fu, better health, and self-defense. Qigong improves one’s health whereas Tai Chi improves movement and body balance. Kung-fu also improves your mental strength along with the ability to protect yourself. But one has to keep in mind the practice itself takes a lot of time. There is no set it and forget it switch. True kung fu skills take a lifetime to practice and understand its true essence. One of the more advanced aspects of kung-fu that makes it stand out from the rest of the martial arts is Spirituality. Now when I say spirituality don’t mix it up with religion, as both are different. Traditional Kung-fu / Shaolin kung-fu will teach you to fight like a pro. But it will also develop a sense inside you that every life is precious and you should not harm anyone. This is necessary as you will always find some rotten mangoes in the bucket. Somebody somewhere will always abuse his skills for their own gains. 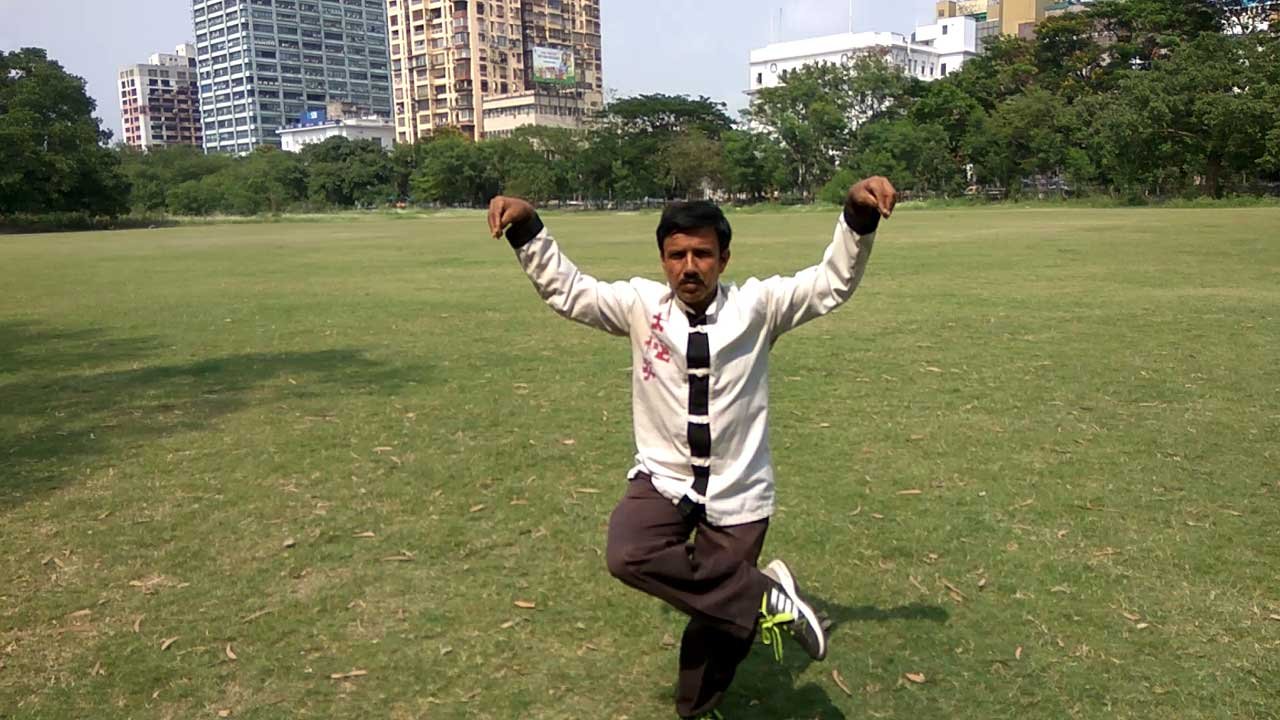 Other Benefits of Kung-Fu Training

Many people (including adults, children) lacks their ability to express their feelings. This creates a common picture in peoples mind about them. People tend to feel then as aggressive persons but in reality, they aren’t. This leads to a devastating future for kids because they get isolated even by the parents. In future is becomes the root cause of depression & leads to suicidal thoughts. Our meditation allows students irrespective of their age and gender to neutralise these. They also get out of the habit of saying, “Nobody Cares”. Our insecurities, frustrations has taken a lot of things out of our lives, let’s not make it the same for our loved ones. Martial Arts, in general, is about controlling yourself and your emotions under pressure. Even though Kung-fu is an offensive fighting style. It’s more about regulating your emotions through proper actions. Be aggressive towards your work not towards the people. Aggressive people generally don’t think twice before they act or say anything. Improving social awareness, self-realization dilutes the aggressiveness towards people.

As I have already told you, kung fu is a journey, not a destination. No matter if you are a student or a master you will always have something more to learn, more to improve, more to achieve. Consistent training makes you able to not only fight to save yourself but also in the struggle in life. The training classes of kung fu contain a lot of similar exercises for every day. The reason is even the most basic exercises like wrist rotation, a push-up, are making you stronger bit by bit. If you choose to do an exercise to the best according to your abilities, you are going to get better with time. Every technique will improve over time. And every strike will become more powerful than the previous one.

Influence of China and its Culture

Okay, Before we start let’s clarify Kung-fu did not actually originate in China. We have a whole article written about it. I know you all are raving about it but let me explain. Even if it’s not originated in China but actually its developed there. This is the reason why we see so many cultural similarities in Chinese culture and kung fu. Chinese Kung Fu is a practical approach to a rigorous physical and mental training. A continuous amount of force generated by the training makes one’s bones, muscles stronger. Prolonged meditation builds mental stamina and peace. And gives you the ability to keep on doing the excessive amount of exercise every day. You can get strong bones and flexible muscles from the external training of Kung-fu. But to achieve strong internal energy (Chi) you have to train your mind too! 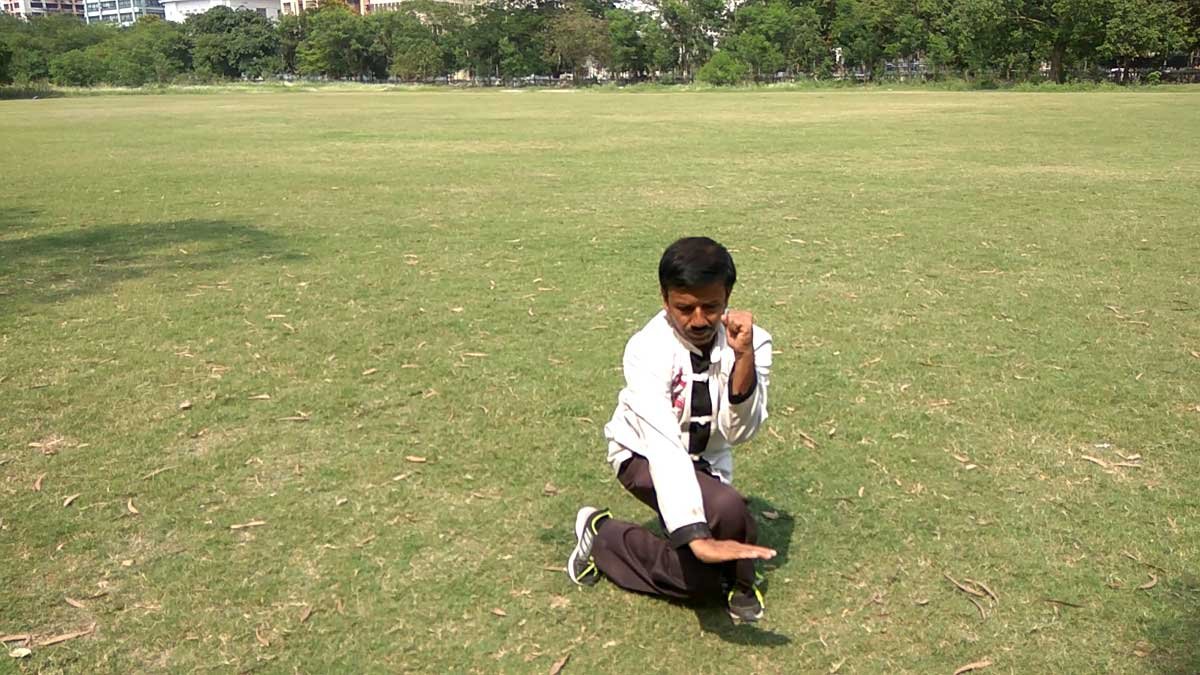 We teach many styles of Kung Fu including but not limited to Shaolin kung fu, Wing Chun, and Tai Chi. These styles are very popular for their unique training procedures. Once they were a deep secret Chinese Kung-Fu. We build plans for each student and according to their needs. We check students abilities and start their training as needed.

The effectiveness of kung-fu depends on your training and in you. If you are learning authentic kung-fu you will survive situations others don’t. Striking a strong opponent or enemy off balance is easier than it may look in your life. The more you practice, the more you will learn with time. Every student wants to achieve best results. But in reality to get stronger or develop techniques in kung-fu, one has to work really hard. Only very few have focus, persistence, and attention to detail necessary. Once I met an 85+ years old Kung-Fu master in China, he said, ” I am still learning”. That gave me an idea, how big is kung-fu in reality. A person who started training at the age of 6 and still learning at 85 makes sense now.

It’s never enough training or practice when it comes to Kung-Fu. Being a Shaolin Warrior takes almost a life + more. Think when you were sleeping someone somewhere. Someone was trying to do more perfect kicks, more pushups every second. So don’t judge someone’s skills by looking at it for few seconds. It takes months & months to reach a certain point. A few moments is not enough for anyone to stand among the greatest. From my personal experience, I can confirm no matter how hard you train with us, it will worth every drop of sweat.